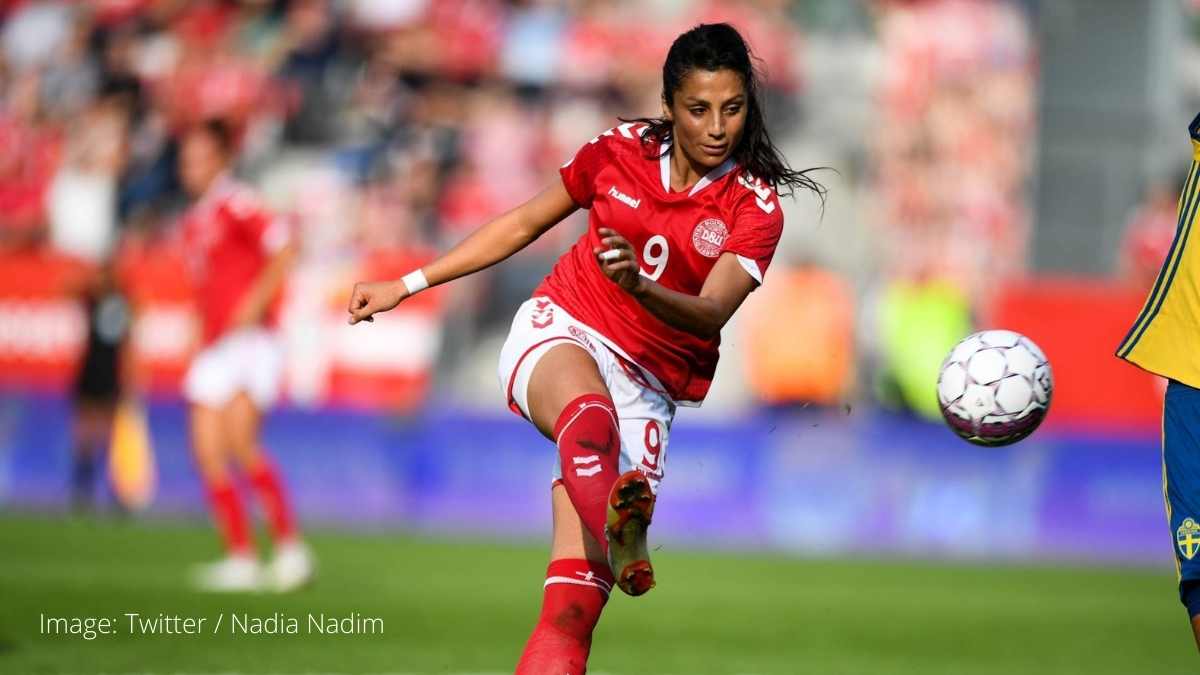 Danish international woman footballer Nadia Nadim wears many hats and her storied career resembles nothing less than a script of Bollywood blockbusters. Her journey from Afghanistan to Denmark has been filled with adversities and her story comprises of both tragedy and triumph is an inspiration to many.

Nadim, who lost her father in 2000 after the Taliban executed was forced to leave Afghanistan with her family. She shifted to Denmark and stayed in the refugee camp and it was here where she took to football and soon realised her dream to play professional football as she made her way to Danish National side in 2009 and never looked back since then.

She has played for top European clubs including Manchester City and PSG and has scored 231 international and club goals. Nadia is also the Global Ambassador for FIFA World Cup 2022 in Qatar.

While she is an inspiration to many, her inspiration lies in Gurinder Chadha’s movie on soccer, ‘Bend it Like Beckham’. “I grew up watching the movie and that’s almost my life story in a nutshell. I love that movie, it’s so accurate in so many ways, just because it portrays the life of a lot of individuals who do have a different background than Europe, where the culture and the religion always clash,” Nadim said in an interview to Indian Sports Fans.

Nadia who speaks 11 languages has also been ranked 20th on the Forbes List of ‘Most Powerful Women in International Sports.’ Just like any other Afghan citizen her love for Indian movies is paramount and she has a lot of admiration for Indian movies and actors.

“I watch a lot of Hindi movies and my favourite actors are Ranveer Singh and Shah Rukh Khan and my all-time favourite films are Bajirao Mastani and Kabhi Khushi Kabhi Gham. And whenever I am going through a low phase in life, I always try to remember SRK’s dialogue ‘Bade bade deshon mein aisi choti choti baatein hoti rehti hain.’ It is a big world and these kinds of problems will be there and that is how I view life and that makes me happy and colourful,” Nadim said, who is also a qualified surgeon.

And that Is not all, she also follows Indian cricket and is always updated about the sport. “I do follow the Indian news and love watching cricket and IPL. I kind of follow everything from a distance; I know which celebrities are marrying whom, what is happening in gossip and all of that.

When asked about the cricket players who she follows, she said it was earlier Sanath Jayasuriya and Mahendra Singh Dhoni and now she is a huge fan of Virat Kohli.